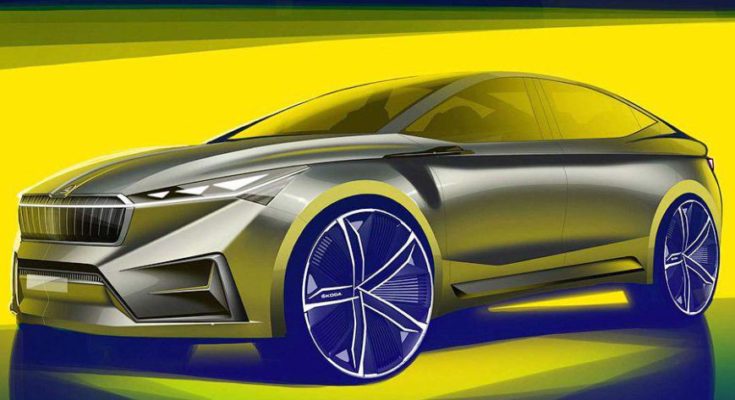 The Czech manufacturer Skoda has released first sketches of the Vision iV electric concept model. The premiere of the coupe crossover in front of the audience will take place at the Geneva Motor Show in early March.

The company is firmly convinced that this model shows the evolution of Skoda. The main feature of the prototype is the illuminated line along the entire body of the car. According to the chief designer of the brand – Oliver Stephanie, it will become a hallmark of all the electric models of the company.

The cross-body has also received a modified grille with vertical ribs, chambers instead of exterior side mirrors, and 22-inch wheels. The designers of the brand have redrawn the traditional C-shaped headlamps and have placed the Skoda on the boot. The front LED optics are also extensively reworked and integrated into the diffuser.

The technical Skoda Vision iV will continue the ideas embodied in the 2017 Vision E concept model. The cross-coupe was built on the MEB platform and received two electric motors with a total power of 306 hp.