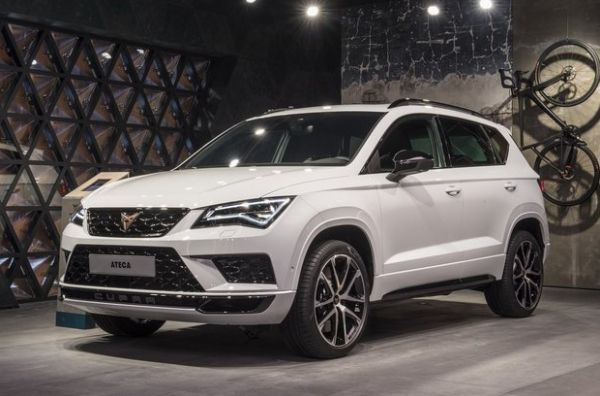 The recently-created SEAT brand Cupra is still at the start of its journey as a standalone manufacturer, but has shown strong ambitions to create a full range of models.

SEAT Cupra’s development manager, Antonino Labate, announced that by 2021, the company will offer 7 new models on the market. Among them will be a limited edition of Ateca, but not all Cupra cars will be sporting variants of SEAT models. Up to now, the brand that was created at the beginning of the year has just released two models. These are the crossover Ateca and the conceptual e-Racer, which will not go into series production. At the same time, Ateca will be available for orders by the end of the month.

SEAT Ateca Cupra has a 2.0-liter engine with 4 cylinders, which develops 296 hp and 400 Nm of torque. It is combined with a 7-speed automatic transmission with two clutch and front transmission. The acceleration from 0 to 100 km/h takes 5.2 seconds and the maximum speed is 245 km/h.

The next model of the new brand is a version of the compact SEAT Leon, which will be released next year. It will be followed by Cupra Tarraco and Cupra Arona crossovers. The company also develops another crossover but has not yet announced details of it.