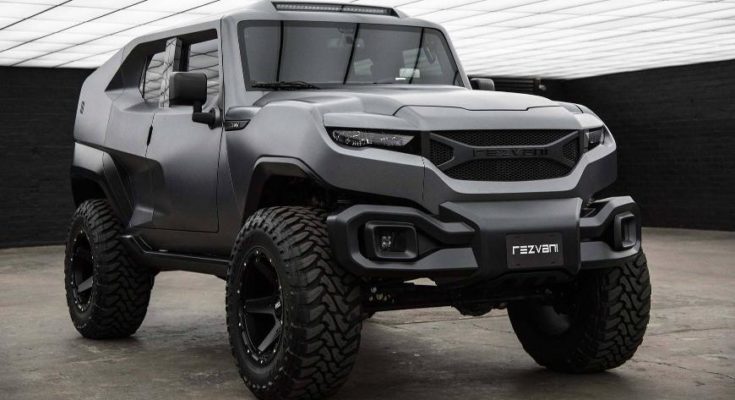 When the company Rezvani Motors presented its SUV called Tank, the project quickly attracted great attention from the automotive press. The brutal car has massive exterior elements turns the machine into a car that should get its driver out of all sorts of situations.

Apparently, however, this seems to be insufficient for the boys of Rezvani Motors and they continued to develop the SUV. The company from California is ready with an even more crazy version of the machine, which has been named Tank Military Edition. Improvements include adding night vision, hard suspension, smoke curtain, bomb protection, class B7 armored windows and ballistic protection from the 7th level. This means that the SUV survives an attack with an automatic weapon of 5.56 × 45 mm caliber.

In addition to the equipment that would have saved the riders even before World War III, the Tank Military Edition also received a new engine – the Hellcat V8 engine developing 707 hp.

The car is also available with a luxury lounge that sharply contrasts its appearance. All of this, of course, has a serious price – 300,000 USD.