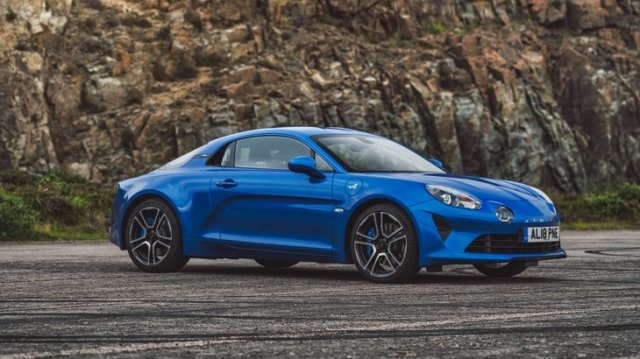 The revamped brand Alpine is serious about expanding its model range in the next few years. The first step in this direction will be the appearance of a more powerful version of the A110, which will be followed by a convertible version, as well as a crossover that will use the platform of the new Mercedes-Benz GLA.

The crossover will be released in 2021, and so far there is no information about it. A year earlier we will see the Alpine A110 in the cabriolet version, which will be available at the same time as the new Porsche 718 Boxter.

As for the new version of the standard Alpine A110, it is likely to be ready by the end of 2019. The current version of the car was liked by the ideal weight distribution and lightweight design, although the power behind the car is lagging behind sports hatchback models.

The French company is determined to fix this and will equip the car with an engine having a power of 300 hp and maximum torque of 400 Nm. At the moment, the 1.8-liter gasoline turbocharger on the Alpine A1100 develops 255 hp and 320 Nm. With the Renault Megane RS Trophy, however, the unit is pumped to 300 hp and this option will also be used for the new A110.

The increase in power will also result in faster acceleration from 0 to 100 km/h. Now the hatchback is doing this for 4.5 seconds, but the more powerful engine is expected to fall to 4 seconds. That’s 1.2 seconds from the Megane RS Trophy.