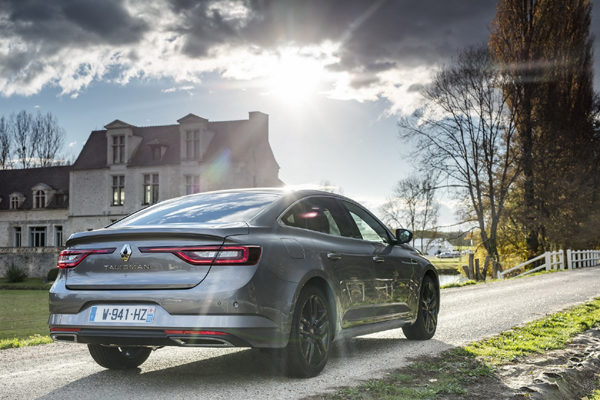 One of the few new models in the middle class of the European market – Renault Talisman, now has a new version – S-Edition, which is powered by the Megane RS engine. It’s about Renault’s new 1.8-liter gasoline turbo unit, developed with the help of Renault Sport, which debuted at the revival of the Alpine brand and powered the new A110. After that, this engine also appeared in the new Megane RS, now replacing the 1.6-liter 200-horsepower gasoline unit at Talisman, and it is expected that this will happen in the near future with the new Clio RS when the subcompact hotheads.

With the Talisman, the engine has 225 hp and 300 Nm of torque, and the big saloon and wagon become the second model to get the S-Edition after Captur. In this case, Renault Talisman S-Edition is the epitome of the French recipe for a car with rich equipment and ambitions for more sporting behavior.

The same 1.8-liter turbo engine is now available in Germany and in another version of the Talisman – the top version of Initiale Paris.

Renault Talisman S-Edition also comes with the 4Control (4-wheel drive), adaptive suspension and black leather trim. At the same time, the 1.6-liter dCi engine is now available at 120 and 150 horsepower and will be replaced in the near future by the new 1.8-liter unit that debuted at Kadjar’s facelift.