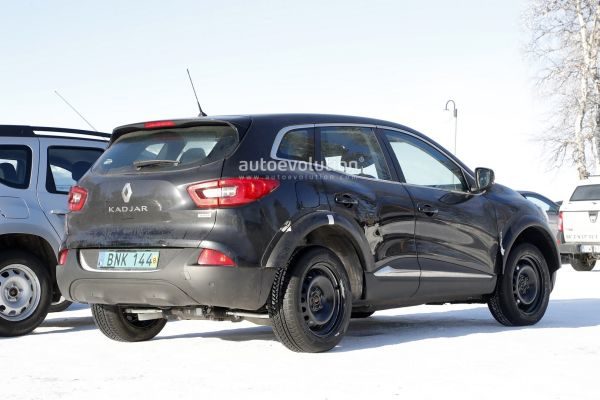 Renault prepares a new mysterious crossover that was shot during the trials. The photos, published in Autoevolution, show a prototype test prototype with the Kadjar body, to which French engineers test the units of the future model.

The prototype is definitely longer and wider than the standard Kadjar, and there is also a brand new exhaust system. Not to be excluded, this is the sport version of Kadjar, which was announced a long time ago. It is expected to have a revamped suspension, a modernized braking system and aggressive aerodynamics.

According to preliminary data, the crossover will receive a thrust 1.8-liter gasoline turbo engine with a power output of 266 hp. The future Kadjar RS will be equipped with a self-locking differential and a four-wheel drive system.

The current Kadjar was shown in 2015 using the new generation of Nissan Qashqai. The French model received a four-wheel drive system with a possible locking of the rear axle and imitation of interlocking differential lock.