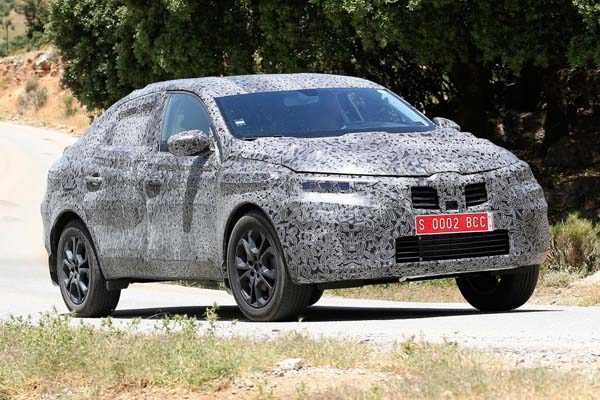 Renault confirmed the premiere of its new crossover in the C-segment, which gets the name Arkana and will debut just a week later in the Moscow car saloon.

The company also publishes a photo of the trunk of the new model, the image suggesting that we could expect a design similar to that of Megane IV. Arkana prototypes have been detected several times during the tests, with crossover shapes showing that it is a model that will look like the BMW X4. The French model will be smaller and will most likely be similar in size to the popular Renault Kadjar.

Arkana will be a global model and it was confirmed that its sales will start first in Russia and the model will be available in 2019. Initially, Arkana’s production will start at the Renault plant in Moscow, where the local market will be assembled, and the model will then be launched in other markets, with China being considered as a priority.

It is hardly surprising if Arkana gets Kadjar’s interior with minor changes, and it is almost certain that the infotainment system and air conditioning management will be identical. Many analysts in France expect that the first series, the one destined for Russia, will go on the market with cheaper and harder plastics, as the company will look for cheaper solutions for the local market, but for Europe the model will be – different, as long as he appears on the Old Continent.