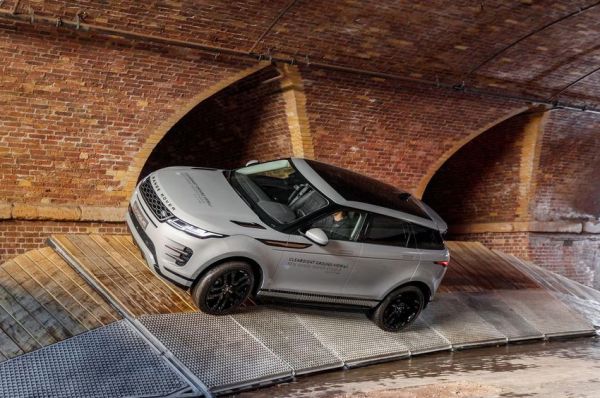 Land Rover officially introduced the second generation of the most affordable crossover in its range – Range Rover Evoque. It happened at a special event in London. The new Evoque is built on the PTA (Premium Transverse Architecture) platform and its design is largely the same as that of the larger Velar. Unlike its predecessor, the model will only be available in 5-seater versions. At the same time, the car retains its size and general style with a downwardly sloping roof. New to the door handles – as in the Velar, as well as the all-in-one dipped-beam headlamps and lights.

Thanks to the new platform, the crossover can be equipped with traditional internal combustion engines as well as with hybrid units with a separate 48-volt network. The range of bikes includes 3- and 4-cylinder Ingenium engines that develop power from 150 to 249 hp.

The new Evoque will also offer two hybrid versions. The first is the MHEV with a 2.0-liter turbocharger and an electric motor developing 300 hp. The second is PHEV in which a major role plays

All modifications of the crossover are equipped with a 9-speed ZF automatic transmission and a four-wheel drive Active Driveline second generation with Driveline Disconnect. Using an electronically controlled coupling, the system distributes the thrust between the axles in the event of a bumper, and the Driveline Disconnect function allows for locking the rear axle and torque transfer 100% to the front. This solution allows to reduce fuel consumption in these driving modes when there is no need for the four-wheel drive system.

In addition, the new Evoque is also equipped with the Terrain Response 2 system, which previously debuted on the Range Rover flagship. It automatically recognizes on which surface the vehicle moves and accordingly activates the settings that are most appropriate in this case.