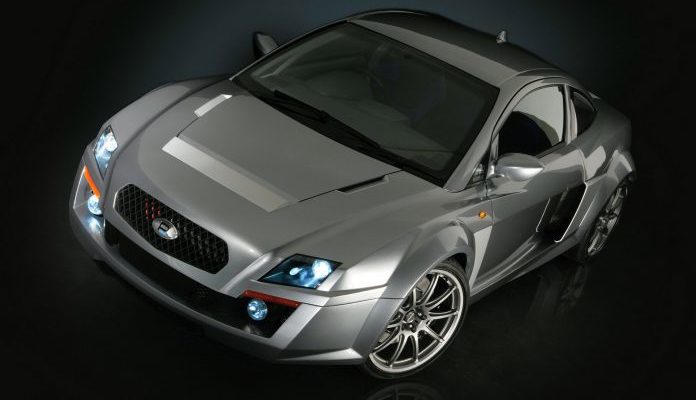 Prodrive P2 is one of the most exciting cars, powered by a modified Subaru drive, which means a 2.0-litre turbo boxer with a 345 hp, a 6-speed manual gearbox and all-wheel drive. Prodrive P2 accelerates to 100 km/h for only 4 seconds and has a maximum speed of 280 km/h.

The car has an anti-lag system that spins flames and sounds like a true WRC engine, and Prodrive has added its own active differential, which eliminates any understeer.

The prototype was designed and built for only nine months at the Prodrive UK factory. The aggressive composite body was created not by anyone, but by Peter Stevens, the man responsible for the McLaren F1.

The design is not much impressing, but the car has not been designed to be beautiful but instead focuses on aerodynamics through really big air holes. It’s a two-door sports car that looks as if it has just left a rally segment.

The body is also made by Subaru, but instead of choosing the Impreza platform, Prodrive chose to build a P2 based on the Subaru R1. The compact chassis has been completely refurbished by Prodrive to adapt to the drive and body.

The real landmark was the combination of the anti-lag system and the Prodrive centre and rear differentials, making P2 a real athlete, although it has only 345 hp.