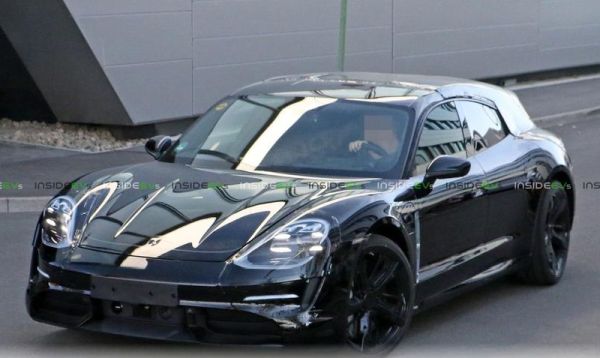 The prototype of the first Porsche – Taycan electric car in the “wagon” version was shot during the tests. The Sport Turismo will complement the brand’s green car range. Like the standard Taycan, the wagon will also be available with several power-driven power units.

According to InsideEVs, the Taycan family will include Carrera, Carrera S and Turbo. Their power will vary from 400 to 600 hp. Porsche has officially confirmed the two-electric powertrain modification, which will develop 600 hp. and will accelerate from 0 to 100 km/h in 3.5 seconds.

The German company has already begun production of Taycan pre-season specimens, and has also released a mobile application for future car owners. It will allow them to learn the concept of Mission E, based on Taycan’s motifs, using a virtual copy of the machine that is placed in real conditions.

Also known is the price at which Porshe’s first electric car will be offered. It starts at EUR 80,000, which means that Taycan will be placed between Cayenne and Panamera in the brand range.