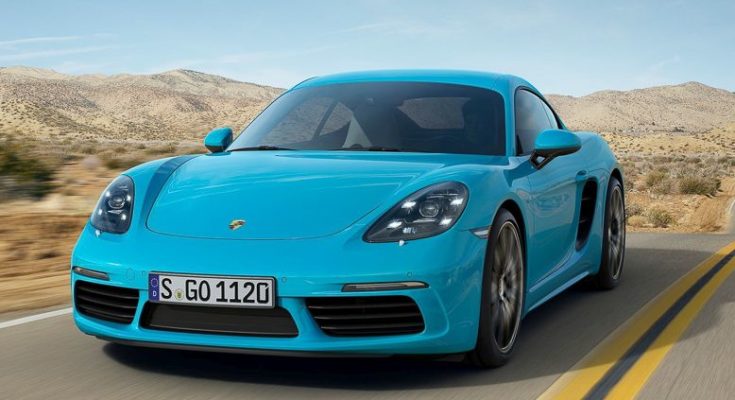 Porsche presented the renewed Cayman coupe, which will be called 718 Cayman. The model will be named after the classic racing car of the German brand and is already equipped with 4-cylinder turbo engines.

The new bikes replace the existing six-cylinder atmospheres. They are identical to those of the 718 Boxster roadster presented at the beginning of the year. The base version of the 718 Cayman features a 2.0-liter “boxer” developing 300 hp. and 380 Nm of torque.

The cabin will also be available in the S version, equipped with a 2.5-liter turbo engine, also with 4 cylinders. The output is 350 hp and the maximum torque is 420 Nm. Thus the two engines develop with 25 hp. more than the previous atmospheric aggregates with a working volume of 2.7 and 3.4 liters.

The engines can be combined with both a 6-speed manual transmission and a robotized PDK transmission with two clutches. In the second option, an optional Sport Chrono Package is available, where the 718 Cayman accelerates from 0 to 100 km/h in 4.7 seconds (for the 2.0-liter version) and in 4.2 seconds (at 2, 5-liter). The maximum speed is 275 and 285 km/h respectively.

The sports car has received re-tuned steering, stiffer springs and upgraded shock absorbers. The cabin is also equipped with 330 mm front and 299 mm rear brakes. For additional payment the client can also get an active suspension PASM.

A different instrument panel and a steering wheel made in the style of the 918 Spyder supercar have appeared in the cabin.