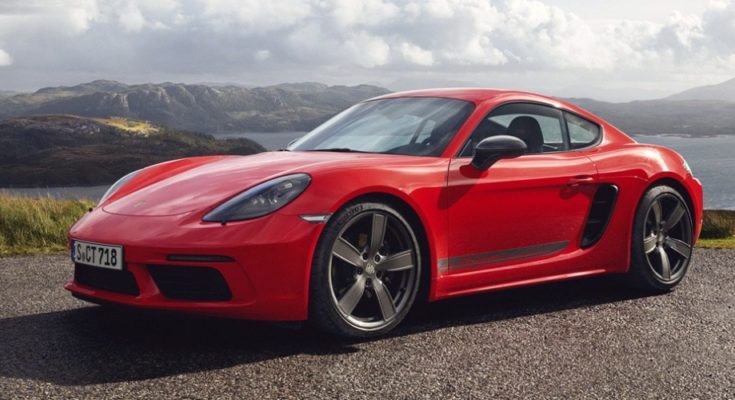 Porsche introduced two new versions of the 718 Cayman and the 718 Boxster roadster, which are available only for the modifications of the two models with 4-cylinder engines. The sports cars have received a “T” supplement to their name, having a lightweight construction, sports suspension and track-side equipment.

The idea is the two machines to occupy the niche between the 4-cylinder versions of both models and the 6-cylinder versions with the addition of S to the name. The new Porsche 718 Cayman and 718 Boxster have special engines and gearboxes, as the company-adapted PASM suspension with a 20mm low ground clearance, sports exhaust system, self-locking rear axle differential and thrust vectoring system.

From the standard models, the new versions feature 20-inch wheels and Agate Gray exterior mirror housings. There is a smaller shifting lever on cars with mechanical gearboxes. In order to achieve a lower weight, the Porsche engineers have abandoned the multimedia system, but it is still available as an option for the models.

The engines of the two sports cars are not touched. The coupe and the roadster are equipped with a 2.0-liter “boxer” with 4 cylinders, developing 300 hp. and 380 Nm of torque. The engine works in combination with a 6-speed manual gearbox or a 7-speed pre-selective PDK transmission with two clutches.