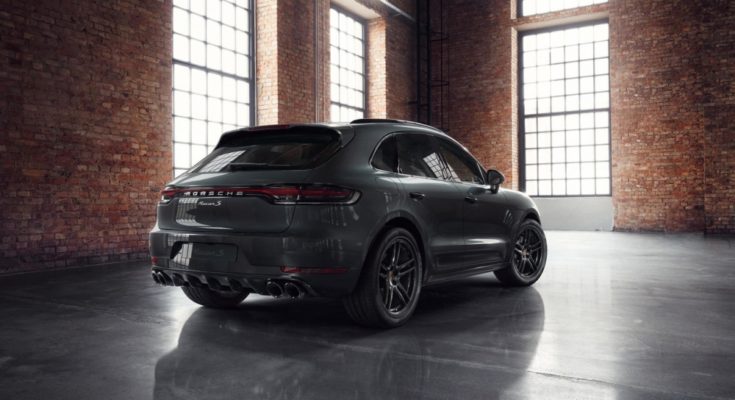 Porsche has its own tuning division – the Porsche Exclusive Manufaktur, which deals with the customization of standard models. Its latest development is a special version of the revamped Porsche Macan S, with even leather insole.

The car is equipped with a Sport Design package and is fully varnished in Volcano Gray Metallic, which is used even for the small decorative elements of the bumpers, the sills and the 20-inch wheels. The crossover has also received a special rear bumper diffuser that is more aggressive than the standard Macan S.

Contrasting elements use black-painted door handles as well as sport-exhaust system tubes, which sound can be adjusted. The interior of this machine also differs from that offered for the model. In this case, there is a combination of black and white leather as well as additional elements on the front panel and on the inside of the doors.

The company claims that the wood used in the salon has a built-in metal that provides a special glow. The instrument panel, the Sport Chrono dial and seat belts are also in beige colour Mojave. Leather items even have the insoles.

Technically, this Porsche Macan S does not differ from the standard model. The S-version is powered by a 3.0-litre turbocharged engine with 354 hp. The acceleration from 0 to 100 km/h takes 5.4 seconds and the maximum speed is 254 km/h. However, it is not reported how much this exclusive version of the crossover is worth.