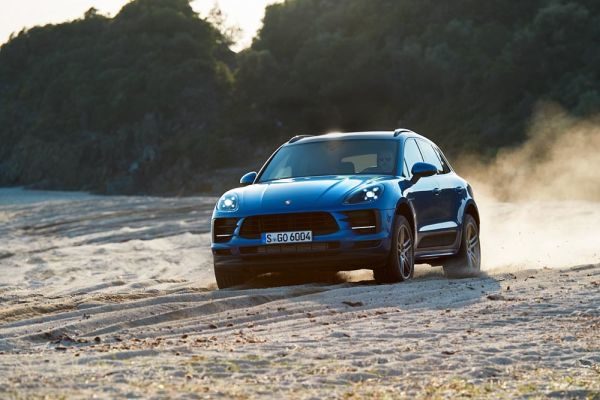 Porsche presented at the Paris Motor Show the updated version of its Macan crossover, which is equipped with a new 2.0-liter gasoline engine. For Europe the power of the unit is reduced to 245 hp while the Chinese version has 252 hp.

The new engine works in combination with a 7-speed, two-clutch automatic gearbox. The European version of the crossover accelerates from 0 to 100 km/h in 6.7 seconds and the maximum speed is 225 km/h.

It is expected that in the coming months the German manufacturer will present more powerful modifications of the crossover. One of them – Macan S, will get a 6-cylinder 354 hp engine. There will also be a version with a 2.9-liter V6, which will develop 440 hp. Diesel variants for the model are not foreseen.

After the facelift, the crossover has received various headlamps and turn signals, as well as new 20 and 21-inch wheels. A new instrument panel is placed in the lounge, and a 11-inch touchscreen display on the multimedia system. The same applies to the new generations of Panamera and Cayenne. There is also a new sports steering wheel GT from the Porsche 911.

The production of the refurbished Macan has already begun at the Leipzig plant, with the crossover being available on the German market. The starting cake is 58,763 euros, and the main competitors of the model are Jaguar F-Pace and BMW X4.