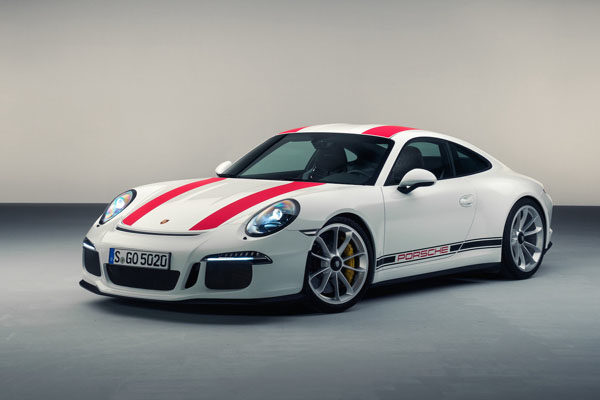 Do you remember the Porsche 911 R? Actually, you have hardly forgotten it. There is simply no way. The 911 R delights the most loyal fans of the Geneva saloon last year, mainly because it came out with an atmospheric engine and a mechanical transmission.

The bad news was that the production series of this version was only 991 units, which led to a real price war among the collectors of rare Porsche models. At a starting price of $ 184,900 in the US, a car valued at $ 1.25 million was launched soon on the secondary market and one of the first 911 R buyers in Norway announced its $ 770,000 vehicle.

All this hysteria has not gone unnoticed by Porsche’s bosses, and the company has suggested that a 911 R-like version of the brand’s most popular model will soon come to light. But here is not a special series, so its production volume will be much larger.

The information was confirmed by Porsche Research and Development Director Michael Steiner, who spoke on the introduction of the new Porsche Cayenne. It is not yet clear whether the new 911 version will be based on the current model or the next generation of the car, bearing the 992 mark, which should appear at the end of this decade. But more importantly, the 911 R will have a more accessible but almost exciting companion.