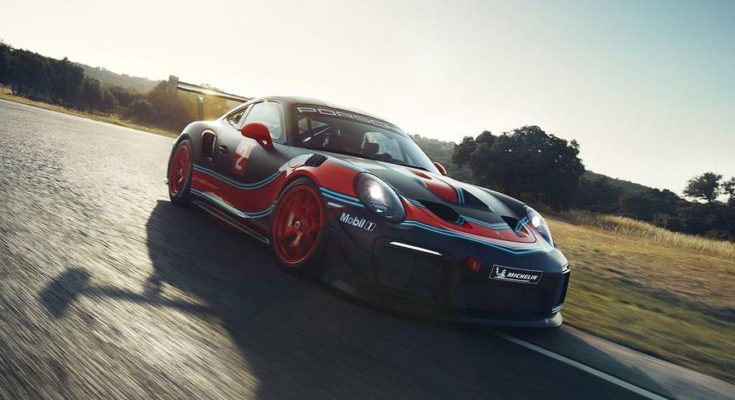 Porsche presented the 911 GT2 RS Clubsport supercar, which will be produced in limited 200 pieces, and the price of each will exceed 400,000 EUR. The car debuted in Los Angeles, where the new generation of the standard 911 with index 992 was also presented.

The supercar has received a sophisticated interior, carbon elements, improved aerodynamics, and just one seat. The car weighs only 1,390 kg, and it is 90 kg less than the 911 GT2 RS, which has certification for road traffic. It is based on the modification of Clubsport.

Porsche 911 GT2 RS Clubsport has been fitted with an FIA-compliant safety carcass, a carbon fiber steering wheel with a color instrument panel borrowed from the GT3 R racing supercar, and a special adjustable stabilization system. Changes to its operation can be made by central console buttons.

The rear-wheel supercar is powered by a 3.8-liter 6-cylinder bi-turbocharged engine with a power output of 700 hp. It is combined with a 7-speed robotic gearbox. The coupe has received 18-inch wheels with a central wiper and Michelin tires (widths 310 mm).

The price of the Porsche 911 GT2 RS Clubsport is 405,000 EUR, with car deliveries to customers starting in May next year.