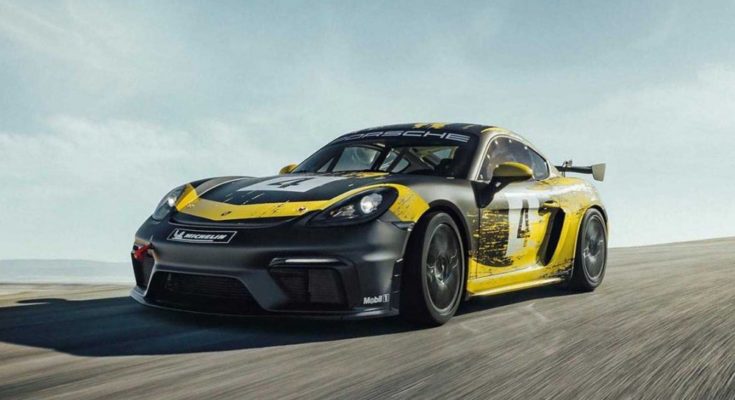 Porsche introduced the racing version of the new generation of its 718 Cayman. It is named GT4 Clubsport and will be available in two variants – Trackday and Competitions.

The German company notes that the Porsche 718 GT4 Clubsport is the world’s first racing car to receive body elements made from plant fibers. This material has the properties of carbon, making it the door panels and the rear anti-wing. This has allowed the car to be 130 kg lighter than the standard Cayman GTS.

Under the cover of the Porsche 718 GT4 Clubsport is a finished 3.8-liter, atmospheric “boxer” developing a power of 425 hp and 425 Nm of torque. The engine runs a specially tuned 6-speed “robotic” gearbox with two clutches.

In addition, the sports car received a rear mechanical differential as well as the front suspension of the 911 GT3 Cup racing supercar. There are also 380mm brakes, safety carcass, Recaro racing seats, and 6-point seat belts.