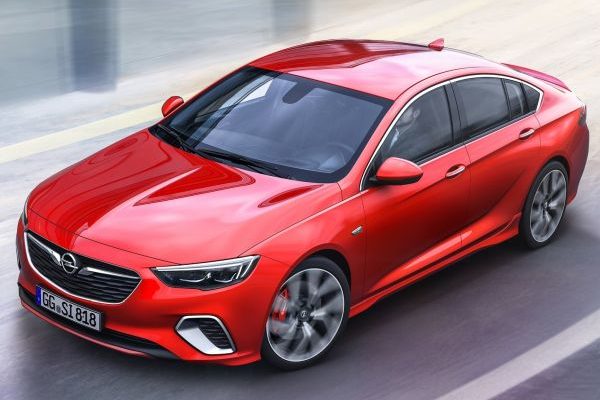 The German brand Opel unveiled the “inflated” version of the new generation of its flagship Insignia. The car has received a GSi add-on to its name, and its official premiere will take place at the Frankfurt Motor Show in the autumn.

The sports modification is equipped with a 2.0-liter 4-cylinder gasoline turbocharger that generates 260 hp and the maximum torque is 400 Nm. The engine is combined with an 8-speed automatic gearbox where the gears can be changed from the steering wheel.

Interestingly enough, the new Insignia GSi is giving way to the previous generation of the Insignia OPC, but has nevertheless given better time to the Nuburgring Nordic Arc. This is due to several innovative approaches taken by Opel engineers.

First of all, the machine is lighter and has a lower center of gravity. At the same time, engine power at higher revs and thrust are greater than those of the Insignia OPC. So far, however, Opel does not reveal the dynamic characteristics of the car.

The standard Insignia GSI is distinguished by its large chrome vents and the rear aerodynamic spoiler, which adds more enthusiasm. In addition, the machine is equipped with a more efficient braking system, with 20-inch wheels and adaptive shock absorbers. Sports seats, aluminum pedals and a leather steering wheel have been featured in the saloon.

Not to be overlooked is the fact that the most sporty Insignia of the new generation of the model also uses a modernized four-wheel drive system. The driver has 4 modes – Standard, Tour, Sport and GSi. The activation of each of them changes the work of the suspension, the steering, the accelerator and the transceiver.