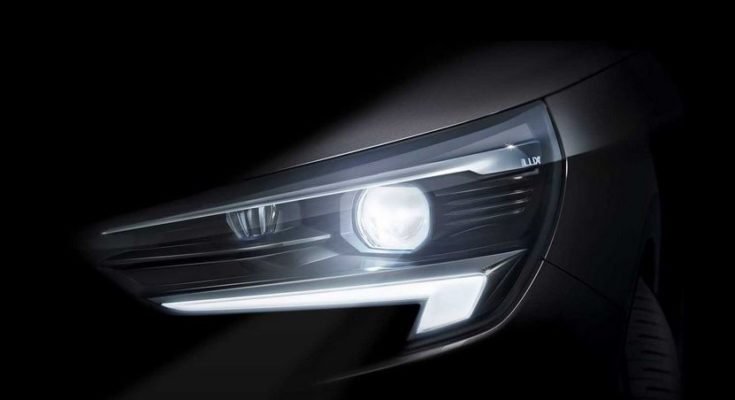 The German manufacturer Opel showed the first official image of the next generation of Corsa. The premiere of the compact hatchback should be held by the end of 2019. The current, fifth generation of Opel Corsa debuted as early as 2014, built on a platform developed jointly by General Motors (former Opel owner) and Fiat. The new generation had to be moved to the Gamma G2SC (also GM) platform, but in 2017 the Americans sold Opel to the PSA Group and it was decided that the hatch would pass on a chassis of a French auto giant.

This is the Common Modular Platform (CMP), which is the basis of the DS 3 Crossback and Peugeot 208 models. The DS crossover is already on the market, while the Peugeot hatchback, as well as the new Corsa, will debut this year. Both models will only be available with 5 doors, with the 3-door version eliminating the range.

According to preliminary data, the new Corsa and Peugeot 208 will receive the DS 3 Crossback engines. The crossover relies on PureTech 1.2-liter turbochargers with 110, 130 and 155 hp, as well as 1.6 BlueHDi diesel engines (100 and 130 hp). The models will also receive a 1.0-liter engine as well as current versions.

The latter will also be equipped with 136 hp power unit powered by a 50 kW/h battery. The one-mile charge will be about 300 km (on the WLTP cycle).

The exact date of the premiere of the new Opel Corsa has not been announced yet. There is an option for it to take place at the Geneva Motor Show, but the German mark has not yet officially confirmed its participation in the exhibition.