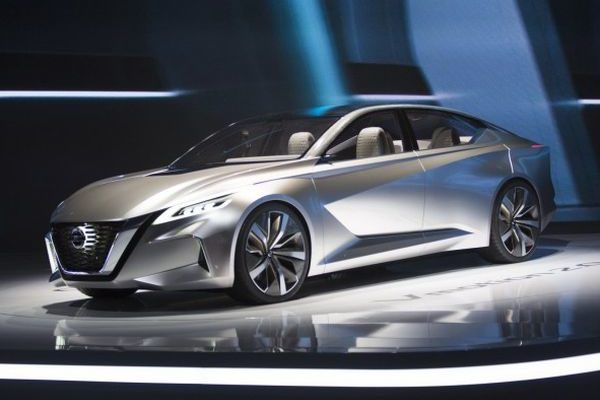 Only a few days later in New York, a major car show was launched, where the Japanese company Nissan will present the new generation of its Altima sedan. The model, also known as Teana, must become a major competitor of Honda Accord and Toyota Camry.

The Carscoops release revealed its vision (pictured above) on how the car will look. The image is based on the sketch (pictured below) shown by Nissan, using elements of the Nissan Vmotion 2.0 concept (the bottom picture), which debuted in front of an audience at the Detroit Auto Show in January 2017.

Judging by the official sketch, the new Altima will receive a V-shaped radiator grille and more relief lines. The sedan is expected to be equipped with a number of advanced technologies, including the Nissan ProPilot system. The model will receive a completely new multimedia complex and a digital instrument panel.

As far as the drive is concerned, the Altima will rely on modernized 2.5 and 3.5-liter engines, as well as a completely new 4-cylinder engine. The sedan will also have an automatic gearbox and the AWD system will be available as an option.

The current generation of Nissan Altima (Teana) has been on the market since 2012, continuing to be one of the best-selling models of the Japanese company in the US.