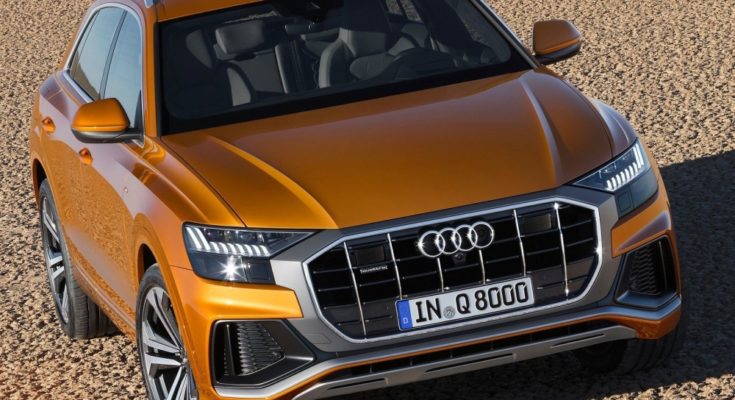 The upcoming 2019 will be quite rich in car premieres. Over the next 12 months, we will see over 40 new or facelifted models of different brands, including also pickups, SUVs, vans and trucks.

The Audi brand is set to present its renewed sedan range that includes the A6, A7 and even the new A8, which will be facelifted. The company will continue with releasing Q8, which is already available in some markets. The production of the first electric crossover of the brand, e-tron, is forthcoming.

In turn, BMW will launch the new generation of its most popular model – the 3-Series, which was introduced only two months ago. The other two Bavarian premiers are on new versions of the 8-Series – the coupe, the Gran Coupe and the Roadster, as well as the revived Z4. The upcoming launch of the new X5 generation and the new X7 flagship is forthcoming.

The third luxury German manufacturer, Mercedes-Benz, is preparing the launch of the A-Class sedan, the AMG GT sports car and the new generation of the GLE crossover. In addition, the Germans will launch production of their first electric SUV – EQC.

Mercedes’s neighbours in Stuttgart – Porsche, are launching the new 911, the third generation of the Cayenne, and its first electric model, the sedan Taycan.

Recently, the crossovers and allroads are getting more popular, so we can expect a lot of new premieres. Cadillac will offer a new XT4 crossover, while Honda will release the Passport. Hyundai is preparing to begin the sales of the hydrogen crossover Nexo, as well as the 8-seat Palisade and Santa Fe. Next year, the new Land Rover Defender will be released, and the manufacturer will launch the second-generation Range Rover Evoque.

The serious activity also will have Ford’s luxury brand – Lincoln, which will provide a new generation of Continental, the Aviator and the Nautilus crossover. Ford, in turn, prepares a new Ranger pickup, while Jeep will release its Gladiator.