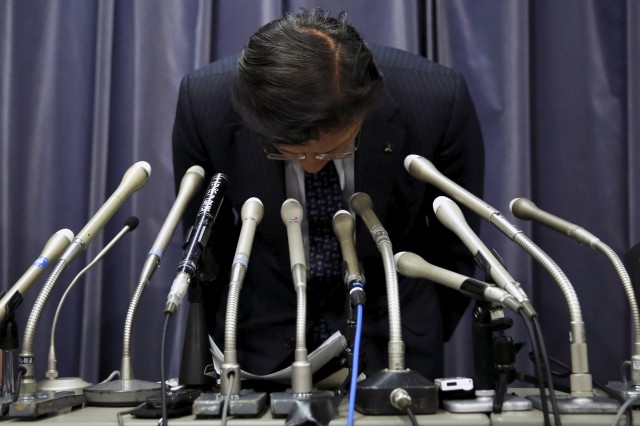 Japanese car company Mitsubishi Motors announced it has falsified fuel consumption test data on its models to reduce its emissions levels. Shares of the company collapsed by over 15% on Wednesday, erasing $ 1.2 billion in market value, Reuters reported.

Tetsuroo Aykawa, president of Japan’s sixth largest maker of cars, has bowed in apology at a press conference in Tokyo for what became the biggest scandal in Mitsubishi Motors after cloaking automotive defects before more than a decade.

In 2000, Mitsubishi Motors revealed that it has masked security reports and customer complaints. Four years later, she confessed to wider problems, returning back decades. It was also the largest service in Japan.

The company said the test handling included 625,000 cars produced since mid-2013. These include Mitsubishi eK Wagon, Dayz and Dayz Roox models sold outside Europe, as well as 468,000 similar vehicles manufactured for Nissan Motor.

Mitsubishi Motors said it would stop producing and selling these cars and set up an independent commission to investigate the case.

Mitsubishi Motors is the first Japanese automaker to report fuel fraud fraud since last year it became clear that Volkswagen has manipulated emissions tests for its diesel cars.

South Korean car makers Hyundai Motor and Kia Motors in 2014 agreed on $ 350 million in fines with the US government for artificially raising vehicle fuel efficiency ratings. They also made agreements on complaints from car owners.