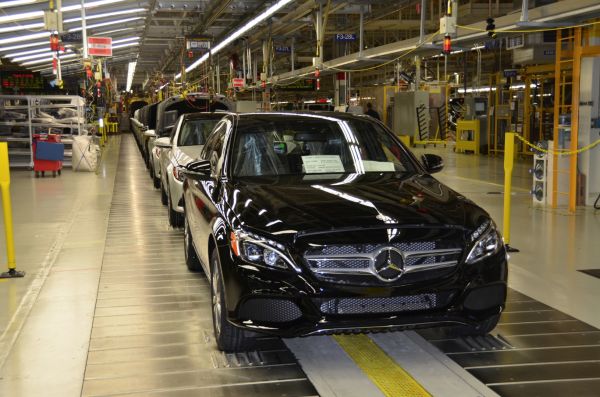 Sharpening trade relations between the US and China will negatively affect some of the world’s leading carmakers. One of those who will suffer most seriously is German concern Daimler.

The Stuttgart manufacturer is already alarming as Beijing has introduced a 25% duty on US cars imported on July 6th. The company is worried because a large part of its cars for the Chinese market are produced in the United States. And such a measure most likely will lead to a decrease in sales in China.

A Daimler representative has already announced that the company can not reduce its car prices to offset customers. In Germany, however, they are not convinced that the Chinese will agree to buy more expensive cars, as the local market is abundant in luxury models and buyers will just be looking for other brands.

The introduction of additional charges has forced Daimler to look for new production and logistics options. There is even an option to move the production of “American” cars to a concern in China itself, where the Germans have their own factories. However, this process will take a lot of time and money.

Other manufacturers will suffer from the trade dispute between the US and China. One of them is Volvo, which just opened its first plant a few days ago in the United States. During the ceremony, company president Hakan Samuelson revealed that if China and Europe really introduce a myth on American cars, the company may even be closed as it loses its meaning.

The problem here is that Volvo does not need such a plant, unlike the Zhejiang Geely Holding, the owner of the Swedish brand. This is also evident from Volvo’s sales this year. For the first 5 months, the company sold 37,754 vehicles in the US (up 40.9% compared to 2017), but this is only 15% of sales worldwide.

Now the plant in South Carolina is only used for the new Volvo S60 sedan, whose previous generation was not well sold in the United States. There they prefer the Volvo XC90 and Volvo XC60 crossovers, which account for nearly 65% ​​of the country’s sales. And these models are imported from abroad.

The plant itself costs 1.1 billion dollars to Geely, and the idea of ​​the Chinese is to produce cars from the new premium brand Lynk & Co. However, in order for the costs to be covered, an enterprise must start exporting cars abroad.

“We want to export some of the cars we manufacture in the US, but if China and Europe introduce high tariffs, it will not be possible. Yes, such actions contradict the logic of the modern economy, which implies a great deal of trade between countries, “said Samuelsson, quoted by Automotive News.