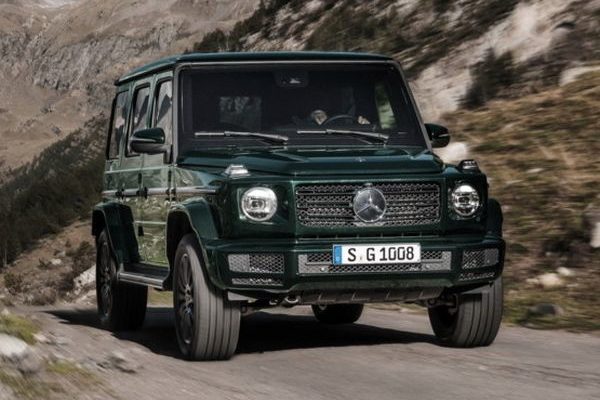 At the Detroit Motor Show, the German manufacturer Mercedes-Benz introduced the new generation of its G-Class. Only the G500 (pictured) was shown in front of the audience and the media. At the Geneva Motor Show in March, however, we will see the top-of-the-line Mercedes-AMG G63.

Photos of a test prototype covered with a small camouflage were posted to the Bigblogg account in the Instagram social network. There were also details of the car that will retain its W463 index, but will be easily recognized on the panamerican radiator grille.

For the top-of-the-line Mercedes-AMG G63, the standard package will also feature a Night Package that replaces all chrome exterior elements with matte-black analogs. The inside of the LED headlamps will also be in black.

Another important difference in this variant will be the exhaust system, whose twin tines will be displayed under the rear doors. The front bumper will be more massive and larger air intakes will be placed in it.

Most likely, under the cover of the AMG G63 will be placed 4.0-liter V8 with double turbo. The M 177 engine develops 612 hp. and 900 Nm of torque, working in combination with the 9-speed AMG Speedshift automatic transmission.