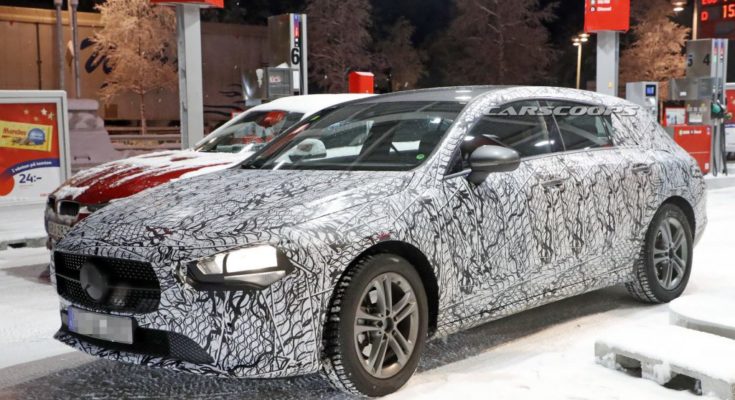 Mercedes announced that the brand-new CLA will debut at CES, but the Shooting Brake version was revealed under camouflage at a gas station.

Mercedes CLA Versions will retain the elegant design, adding a longer roof and extra practicality. Compared to its predecessor, the new CLA Shooting Brake will also offer better comfort and more room for rear passengers and a larger rack.

Overall, the new model seems to draw inspiration from the larger CLS. The front is more aggressive than the A-Class, and the bumper rear gets thin LED tail lights. Generally, the design is expected to be clearer and more streamlined.

The interior is likely to remain the same as the A-Class and that’s not bad, as the compact Mercedes has already gathered a lot of praise, mixing the latest technology with attractive design and materials.

The dual screen welcomes the company’s latest MBUX infotainment system, with accents such as an advanced voice and live navigation system.

The engine range will be the same as the CLA Coupe, which in turn will use those of the A-Class. The gasoline engines will include the latest 1.3-liter 4-cylinder turbochargers.