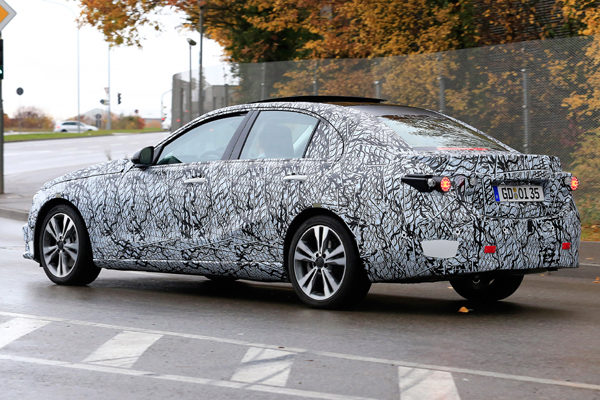 The next generation of the Mercedes C-Class is due to appear in 2021, and it will not make any difference with the current generation.

According to the automotive magazine, the new model will be built on the same platform as the current one and will offer longitudinally positioned 4 and 6-cylinder engines that drive the rear axle. The 4×4 drive will be an option, but we should expect a more prominent electrification.

However, things are far more interesting with regard to the impact of AMG on the new C-Class, and it is expected to get the 6-cylinder in-line engines as well as the V8 units of the specialized sub-division. As with the new AMG-53, the 6-cylinder in-line engines will receive a turbocharger and a C-Class, and a 4-liter V8 engine with two M177 turbines is expected at the top of the range.

A number of independent marketing specialists have already expressed doubts that the use of the C-Class V8 engine will be a good solution in view of the new tightening of emission limits. But given that this motorcycle is really present in the AMG range, not to mention that Aston Martin is also used, it is certainly for Mercedes that much of its future development and operation so the company will not give up easily from it.

In recent years, AMG has consistently followed suit to force the four-wheel drive in all its models, so we could expect that in the next C63. And this will be almost certain if the BMW M3 / M4 takes that direction, but so far the indications for such a solution are modest.

Test prototypes that captured the prototypes are still at an early stage in the development of the next C-Class, assuming that some of them have components and technical solutions that will reach the next C63.