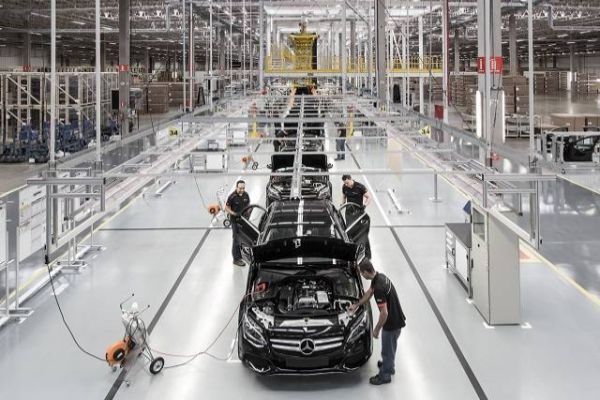 Mercedes-Benz has to seriously expand its production capabilities to meet the record demand for its cars, said the head of production at the German company Marcus Scheffer in an interview with AN-Europe. For this purpose, the giant builds its second plant in Hungary, in the city of Kecskemet, prepares a new plant in Russia, opens a joint factory with Renault-Nissan in Mexico, expands its plant in Beijing, and is even ready to commission the production of its own models of outsiders like Finnish Valmet.

Last year, Mercedes reported the highest sales in its history, and for the first time since 2005 it has replaced BMW as the world’s most sought-after premium brand. Since 2012, the company’s production has grown by an average of 10% per year and the plants are currently working at full capacity.

Meanwhile, the introduction of the new, all-electric EQ range is expected to grow to 10 separate models in the coming years. According to Scheffer, the company will have to produce electric cars on the same lines as conventional cars. The increasingly challenging use of aluminum in structures is also a major challenge, because fastening of aluminum to steel components requires five to six times more space in factories than pure steel structures.

For the time being, Mercedes maintains separate factory networks for front-end and rear-end models. But in the coming years, with the onslaught of electric propulsion, this division must be eliminated, Schaefer emphasized.

Asked whether he was worried about possible protectionist measures in the United States, Schaefer responded that the company was prepared to respond to any changes, including by subcontracting manufacturing such as Valmet. Currently the Finnish group is doing the A-Class and GLC.