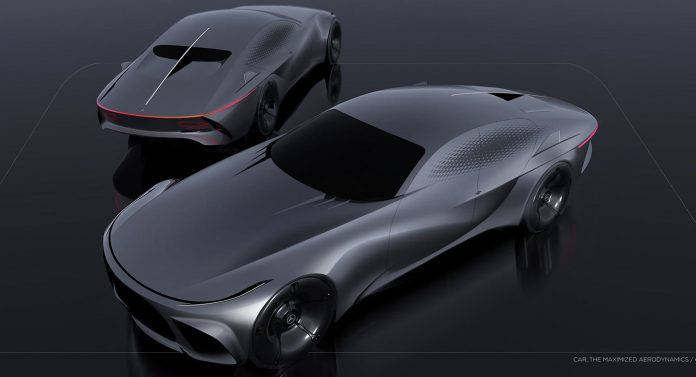 The automotive industry is in its most significant period of change since the invention of the diesel engine.

With the electric, hybrid and hydrogen propulsion technology, the car of the future promises to be ultra-efficient, running independently and almost eliminating accidents. This concept of Mercedes-Benz, called “Nostalgia”, offers a glimpse into how such a car can look like the German manufacturer.

The presented car is inspired by the latest Mercedes-Benz concepts, while also using future technology.

The first thing we have to pay attention to is that it looks like any other model of the concern. We see a row of LED lights that make up the headlights and tail lights. Besides, the design of the exterior looks like it can cut the air like no other sedan so far.

It seems that inspiration was taken from the Mercedes IAA concept, presented a few years ago. This vehicle, like the Nostalgia, has a special rear end that extends rearward to improve aerodynamics, helping to increase maximum speed and efficiency. Mercedes-Benz Nostalgia combines this with aerodynamic fins on the rear wheel arches, an extended rack and a small rear window, split in two with a blade that reminds us of the rear of the Bugatti Chiron.

While it is very likely that we will never see such a Mercedes, there is some chance that some elements, such as the extension of the hindquarters, will find their place in the mass cars in the coming decades.