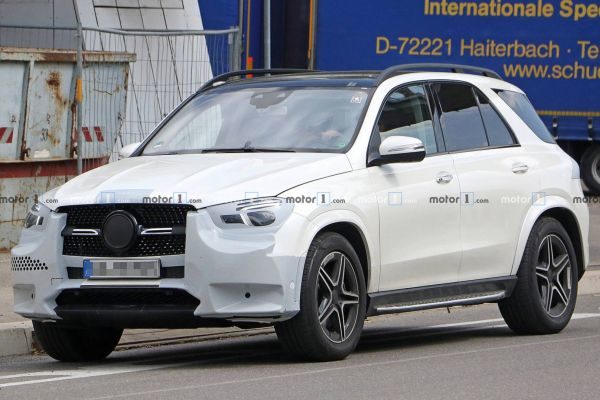 Mercedes-Benz carries out a final test of the new generation of the GLE crossover. Pictures of a prototype with almost no camouflage were published by Motor1, according to information, the competitor of the BMW X6 will be presented by the end of the year and its sales will start in the beginning of 2018.

Judging by the pictures, the crossover will teach a more sporty design. The machine will have new headlamps, different rear bumper and other exhaust system. The traditional umbrella in the lounge will be replaced by two displays that are 12.3 inches in size. The first one will show the instruments, and the second one will be responsible for the management of the media.

The SUV will receive a new Mercedes-Benz User Experience (MBUX) system, which has changed Comamd and has already made its debut with the new A-Class. Artificial Intelligence can “learn” and thus understand even the most complex commands. MUBX will work in conjunction with the Mercedes Pro system. The model will also have a multi-function steering wheel with touch panels.

The car is built on the Modular High Architecture (MHA) platform, which is the foundation of the new E-Class. Thanks to this, the machine will be far lighter than its predecessor. The range of engines will come gasoline and diesel engines with 4 and 6 cylinders. There is also a hybrid version to come later.

There will also be a sports modification prepared by AMG. It will rely on the 4.0-liter gasoline twin-turbo V8, whose power will exceed 600 hp.