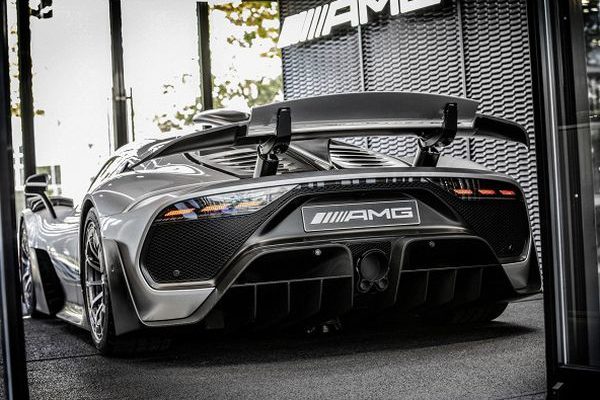 Mercedes-AMG has been forced to postpone the launch of its supercar One because of a problem with the adaptation of the Formula One powertrain. The delay has allowed engineers to make hybrid twin cars lighter, powerful.

The future Mercedes-AMG series supercar is expected to weigh not more than 1,350 kg, and the power will exceed the previously planned 1054 hp and will reach around 1125 hp. Additionally, Mercedes-AMG One is developing an additional package, which will offer improved aerodynamics and more power to the power unit.

The company is confident that the supercharged dynamic features will be at a very high level, with acceleration from 0 to 100 km/h taking 11 sec. That’s why Mercedes-AMG will try to improve Nurburgring’s absolute record for cars that are certified for public roads. An active preparation for the attack of this achievement is already under way.

The prototype of the Mercedes-AMG Project One Super Hybrid was presented last September at the Frankfurt Motor Show. The two-door model received the power unit of the Formula 1 – Mercedes F1 W07 Hybrid.

Mercedes built the Project One to pat itself on the back for recent racing success, incorporating genuine F1 DNA in the form of a 1.6-liter turbocharged V6 taken straight from race cars, backed by a hybrid system. Unlike F1 cars, the Project One is all-wheel drive, with two electric motors powering the front wheels and the V6 working with a third electric motor to power the rear wheels. A fourth motor spools up the turbocharger for increased responsiveness. Some tech from the Project One is also expected to trickle down to more mainstream AMG performance cars.