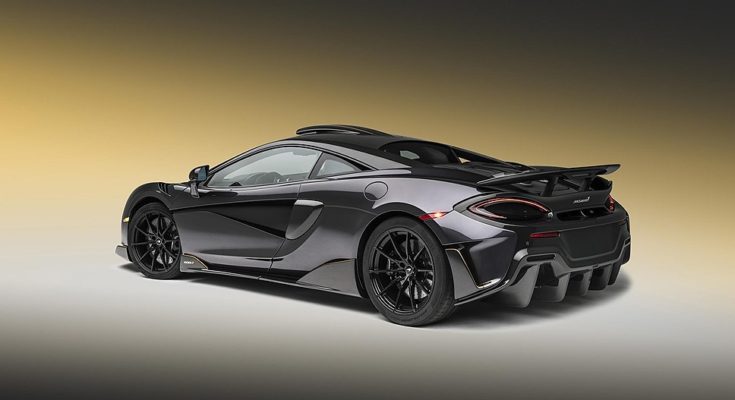 British company McLaren presented an exclusive version of the 600LT, the official premiere of which will be held at the Pebble Beach Concours d’Elegance competition this weekend.

The car was created by the division of the McLaren Special Operations (MSO). A special feature of the sports car is the Stealth Gray Bespoke staining with matte black and orange details. There is a McLaren F1 Longtail air intakes on the roof, which incorporates a camcorder that aims to record “flying” on the racing track.

In addition, the car is equipped with a complete body of bodywork carbon fiber that is available for McLaren 600LT as an option, black carbon fiber wheels and carbon fiber seats from the McLaren Senna. In the interior, orange elements are used, and the equipment includes a 12-speaker Bowers & Wilkins sound system.

In technical terms, this car is not distinguished from the McLaren 600LT, which premiered in June this year. The cabin is powered by a 3.8-liter engine with 600 horsepower and 620 Nm of torque that works in conjunction with a robotic gearbox. From 100 km/h, the car accelerates for 2.9 seconds.