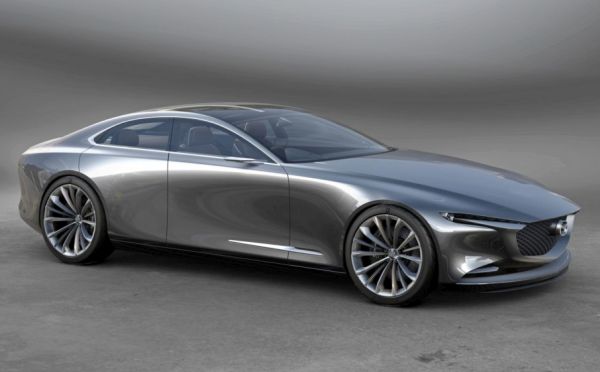 Mazda will present its first ever electric car in 2020, which will be a completely independent development of the brand, not a result of Toyota’s co-operation. This revealed to Autocar the new chief designer of the European division of the company – Jo Stenuit.

In August this year, Mazda and Toyota announced they would create an alliance by exchanging shares. The aim is the joint development and production of electric vehicles and self-driving vehicles. The first results of this collaboration should be presented very soon, but Mazda nevertheless works on its own proprietary current model.

“Our car will be very spectacular, with 100% meeting the Kodo – Mazda’s design philosophy. We do not want to produce an electric car that will look like a refrigerator – something that many other manufacturers do”, said Jo Stenuit.

For the time being, it is a secret what will be the first electric vehicle of Mazda. According to some information, this will be a coupe-like sedan in the style of the Mazda Vision Coupe concept. This machine will become a direct competitor of the American Tesla Model S, but it is far more expedient to be a current crossover as demand for such cars is constantly growing.

Indeed, Mazda has been working on over 10 years of electrical power. In 2012, the company presented 100 electric hatch Demio for the Japanese market, based on the Mazda 2 model. The cars were leased to allow the company to get feedback from customers, and Demio was then turned into a hybrid with a 0.33-liter rotor engine.