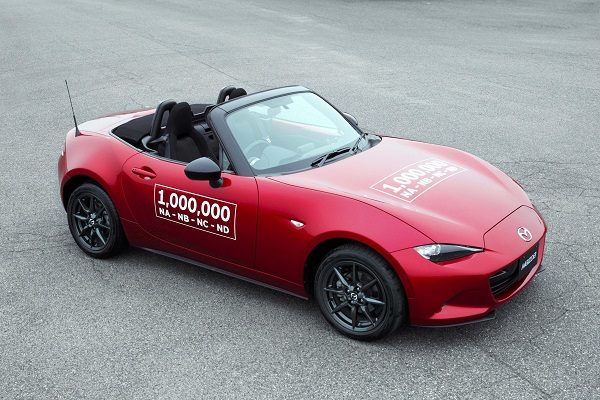 One million vehicles of the MX-5 have been conducted since 1989, when the production of the two-seat sports Mazda began.

The Jubilee model, produced in Hiroshima on April 22, 2016, will take part in various events around the world, including the Goodwood Festival of Speed. After the prestigious festival, the million-dollar Mazda MX-5 will be exhibited alongside last year’s SEMA model.

“From the first generation of the MX-5, we have been able to be a strong competitor on the market thanks to our fans.” For 96 years now, Mazda offers maximum driving pleasure to its customers, “says Masamiči Kogay, CEO of Mazda Motor Corporation.

In 2000, the convertible was recorded in the Guinness World Records as the world’s best-selling roadster. So far, the record has been renewed several times, and is currently still on the same car, with a run of over 900,000 units in 2011.