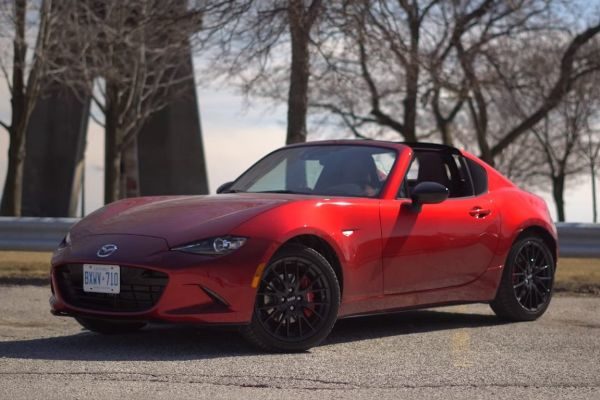 Japan’s Mazda has modernized the MX-5 roadster for the European market. The car got more powerful engines and also underwent slight cosmetic changes.

So far the top performance of the roadster has been equipped with a Skyactiv-G 2.0-liter 4-cylinder engine with a 160 hp output. and 200 Nm of maximum torque. The Japanese have modernized this engine for the European market, thanks to which its performance increased to 184 hp. and 205 Nm. Turnovers have increased from 6800 to 7500.

However, it is not reported how modernization of the engine has affected the dynamics. In the current version with 160 hp. The Mazda MX-5 accelerates from 100 km/h in 7.3 seconds and its maximum speed is 214 km/h.

The 1.5-liter engine was also revised. The Japanese, however, did not reveal details of it. So far his power was 131 horses and the maximum torque – 150 Nm. With this engine, the roadster accelerated to 100 km/h in 8.3 seconds.

The revamped Mazda MX-5 will be offered to European consumers with the Road Traffic Recognition System, Front Camshaft and Pedestrian Recognition Automatic Suspension System. The car will be available on the market in Europe towards the end of the summer.