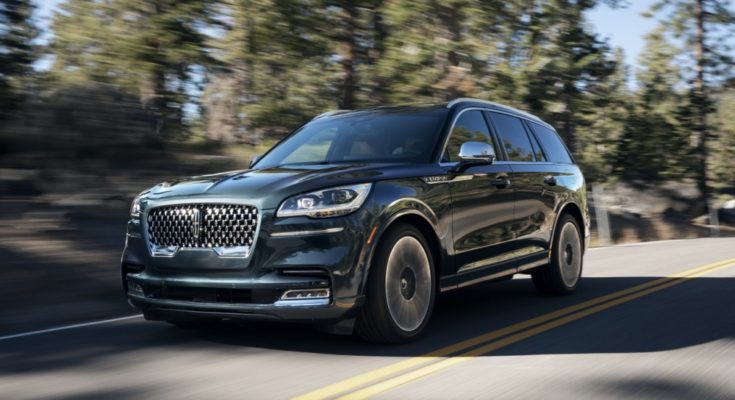 The American company Lincoln, which is owned by the concern Ford, returned to its range the name Aviator. It was given to a huge SUV that we saw as a conceptual model. Now the brand is ready with a series model, which will be to compete with cars such as the BMW X5 and the Audi Q7.

The manufacturer claims that the name Aviator was not selected by accident. The SUV has received aviation motifs in design, dominated by the huge grille of the radiator and the adaptive LED optics, as well as the interior – the saloon of the car is made mainly of polished aluminium and genuine leather.

The front seats of Lincoln Aviator can be adjusted in 30 different directions, with heating, ventilation and massage system. The SUV has received a modern multimedia system as well as a 12.3-inch display that replaces the instrument panel. There is also an acoustic system with 28 columns.

In addition, Lincoln Aviator also offers the option of replacing the traditional key with a smartphone. With the help of an application, the doors can be opened and closed, as well as starting or extinguishing the motor. This function is available to four potential users of the vehicle.

The base version of the model will be available with a 3.0-litre V6 turbocharger coupled with a 10-speed automatic transmission. It develops a power of 400 hp and 540 Nm of torque, and the dynamic characteristics of this variant are not revealed. At a later stage, the Lincoln Aviator will also receive a hybrid unit with the same gasoline engine as the power will jump to 450 hp and 850 Nm of torque.

Together with the electric motor, the SUV will receive two additional modes of operation – all-electric and a battery-saving mode. A “smart” adaptive suspension will enter the Aviator’s equipment, which will change its settings once it receives the status of the road. This will be done by using a camera in the front of the car.