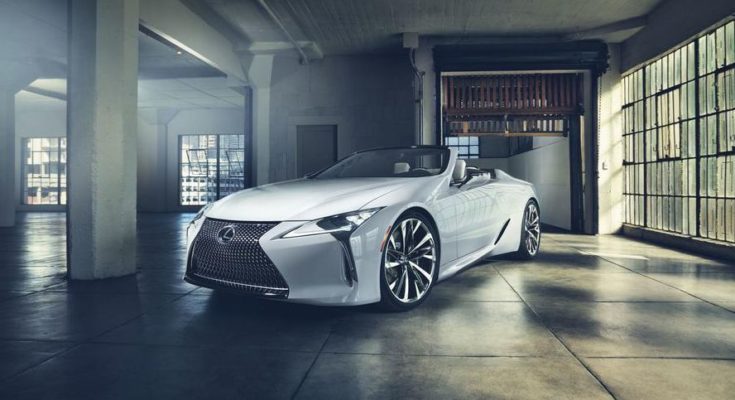 Japanese luxury car maker Lexus has turned its Frontier Coupe LC into a roadster. The premiere of the car will take place at the next international exhibition in Detroit.

For the time being, the Lexus LC Convertible is just a conceptual model, and there’s nothing to mention about its launch in the serial production. The only thing Lexus has revealed is the size of the car – 4770 mm long, 1920 mm wide and 1340 mm high. The distance between the two axles is 2870 mm.

Most likely, the roadster will receive the engines from the coupe LC. These are the 5.0-liter V8 with 477 hp, as well as a hybrid unit, based on a 3.5-liter gasoline V6 engine. In this case, the power of the drive system is 354 hp.

The design of the convertible version repeats almost completely that of the original model. The concept is equipped with 22-inch wheels, and the saloon is white leather with yellow elements and special seats. There are also buttons and switches, which are rarely seen in new models.