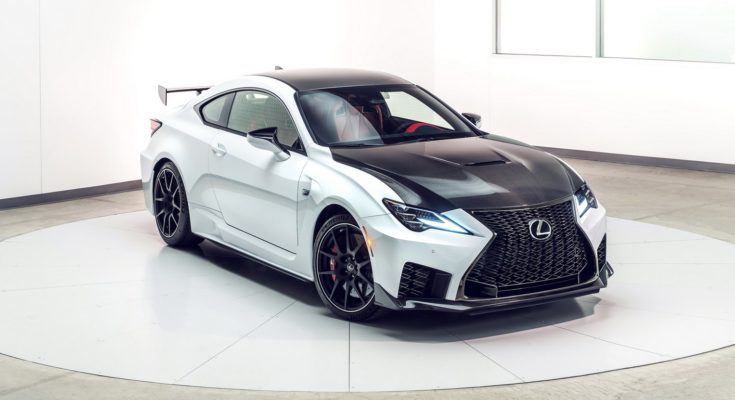 Lexus revealed the limited edition RC F Track Edition at the Detroit Automotive Show, which is a lightweight RC F version developed with the help of the racing teams of the IMSA and Super GT car makers.

The propulsion comes from the 5-liter V8, which have a power of 479 hp and 536 Nm of torque with 8-speed automatic transmission. Nowadays supercars often do not use atmospheric engines.

Lexus RC F Track Edition features with Brembo carbon-ceramic brakes, a front splitter, a lid, bumper parts, and carbon rear seats as well as a fixed rear wing (instead of an active spoiler) that adds 26.3 kg of compressive force. In general, the car has a lower weight of 80 kg thanks to carbon.

On a straight line, the model can accelerate to 100 km/h for 3.96 seconds with Launch Control turned on, although increased bending capability is more exciting.

In terms of appearance, customers can order the car in one of two exclusive colors – Ultra White and Nebula Gray, with red leather interior and Alcantara on the seats and carbon elements on the dashboard and doors.

The Lexus RC F Track Edition will be released in the second quarter of this year, with the price announced later.