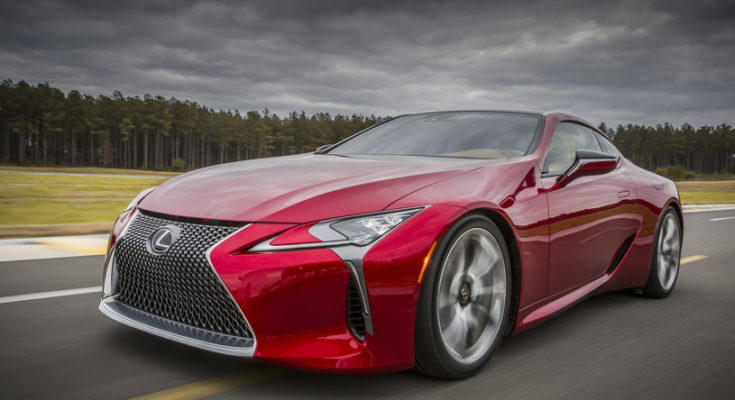 Toyota continues to be one of the few manufacturers that still resist the massive introduction of turbo-engines. Its Lexus brand also maintains a similar direction by relying on atmospheric bikes for its models. One of them is the LC500, which is equipped with the 5.0-liter V8 unit from the sports sedan GS F and the two-door RC F.

The car was introduced at the Detroit Auto Show in January this year, with its technical specifications – 467 hp. and 527 Nm of torque. On the market, however, the passenger compartment will appear slightly changed, one of Kodi Sato’s top engine engineers told Motor Authotity.

In his words, the engine has been upgraded between the official launch of the model and its launch. The intake and exhaust systems have been changed, with the result being an increase in performance to 471 hp. and 540 Nm.

Sato adds that the LC 500h hybrid is not altered. This version is equipped with a Multi Stage Hybrid System, combining a 3.5-liter V6 with 299 hp. and two electric motors. The power of the hybrid is 359 hp.

Lexus did not completely reject the idea of ​​putting a turbo-engine on its models. The company will use the new V6 engine with a turbocharger and 400 hp, which will debut with the new Toyota Supra.