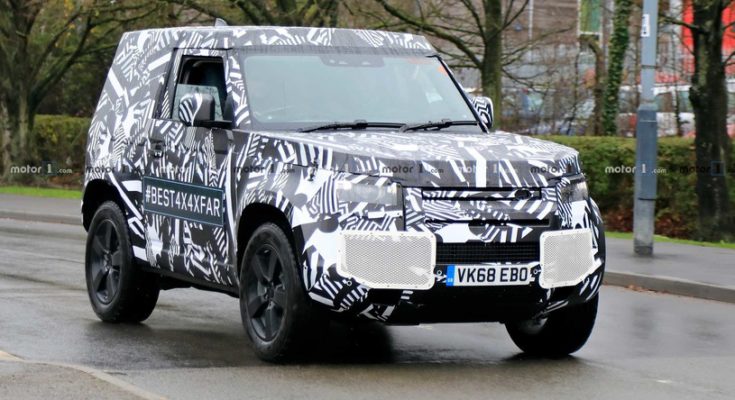 Land Rover is not trying to keep up with the modifications of the new generation of the legendary Defender. According to the information, the number will be at least five. One of them will be with 3 doors.

So far, it was believed that the British brand has given up on this option, but that is clearly not the case. It is clear from the photos that the SUV will generally retain its shape, but it must be specified that it is a mule, a prototype that uses components that are still being tested and is not sure whether it will appear in the serial model.

The fact is, however, that the 3-door test version resembles a maximum of 5, which was also shot during tests. It is already known that the next Defender will receive a fully independent suspension instead of the existing. The SUV will also be deprived of the traditional frame as it is built on a completely new platform. At the same time, it will retain its unique qualities thanks to additional electronic systems.

As for engines, the new Land Rover Defender will be available with 4-and 6-cylinder Ingenium engines that will run with a permanent 4-wheel drive system and a 9-speed automatic transmission. The 8-cylinder engines for the SUV are not foreseen, but there will be several hybrid modifications.

So far there is no clarity about when will be the premiere of the model, but it is known that the British carmaker wants the new generation of the Land Rover Defender to be sold in 2020. And this means that the SUV will be presented in the autumn of 2019 at the latest.