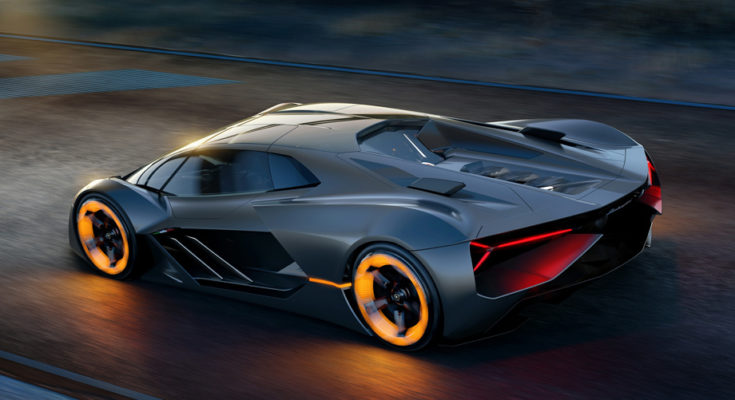 In 2019, Lamborghini will officially introduce its new supercar, which has not yet been named and is known as the LB48H project. The car has already been presented to a limited number of customers, and new information is gradually coming up.

The latest news were published by Road and Track, which claims the vehicle will shine in the dark. How exactly this is achieved is not clarified, as some experts believe that special features will be placed on the body to provide a similar effect. Others think that the supercar will be covered with a special phosphorescent paint, which will radiate at night.

It is now known that the LB48H will be a hybrid based on the V12 petrol engine. It will work in combination with two electric motors, and much of the design elements will be taken from the Terzo Millennio concept of 2017. The interior, however, will be different, as the prototype shown a year ago was electrically driven.

The Terzo Millennio concept features details with integrated super-capacitors for energy storage. For their design, nanotube technology has been used to fill in the scratches and other body defects. It is not yet clear whether Lamborghini will use this technology in a serial car, and so is the superconductor for energy storage.

It is also known that the future LB48H will be limited in volume, with the cost of each about 3 million USD. The idea of ​​putting it into production is to test the hybrid technology that Lamborghini will use in the next generation of Aventador and Huracan. Both models will also get a combination of a gasoline engine and electric motors.