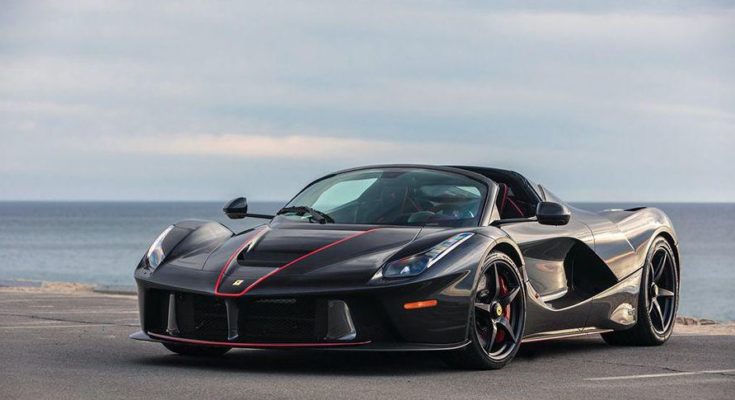 Auctioneer RM Sotheby put up for sale one of the Ferrari supercars LaFerrari Aperta. The car has gone only 2,400 km, and the auction organizers hope to receive 8.5 million USD for it. For information, a new Aperta cost 2.2 million USD.

The Ferrari supercar was commissioned in 2016 for an American collector and delivered to his home in Beverly Hills. The machine has all the options available for the model, including carbon exterior elements and a removable carbon roof.

The car is powered by a 963 hp hybrid power unit. It includes a 6.3-litre V12 engine, an electric motor, a robotic gearbox with two clutches and a battery pack. The acceleration from 0 to 100 km/h takes 3 seconds and the maximum speed is 350 km/h.

Ferrari produced 500 LaFerrari cars and 210 units of the open version. Not everyone, however, could buy Aperta, as it was only available to customers who also have the LaFerrari.

In 2016, one of the cars was sold at auction for 7 million USD. A year later, another auction was sold and another Aperta, which was paid 9.9 million USD.