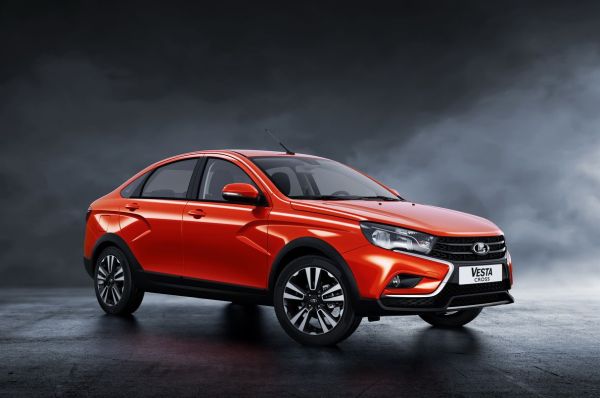 The Russian car manufacturer, AutoVAZ, has shown a new modification to its Lada Vesta, which has been named Cross Sedan. Details of the technical performance were not reported, but it became known that the vehicle had a ground clearance of 203 mm.

In appearance, the Vesta Cross Sedan features a protective plastic coating on the outer edges and 17-inch wheels, but in general, the Vesta SW has been used for many models. The length of 4410 mm remains unchanged, but the width has increased from 1864 mm to 1885 mm.

Inside, the vehicle has 5 seats, eco-leather, and at the customer’s request, the saloon can be in orange. There is also an infotainment system, multifunction steering wheel, air conditioning, heated front seats and power windows.

At present, the engines that the Vesta Cross Sedan will be able to equip are not known, but they are supposed to work in conjunction with a 5-speed manual or automatic. The starting price, which is most likely to start at 20,000 USD, is not known. For the time being, AutoVAZ shares that the production of the model will start soon as well as the acceptance of orders.