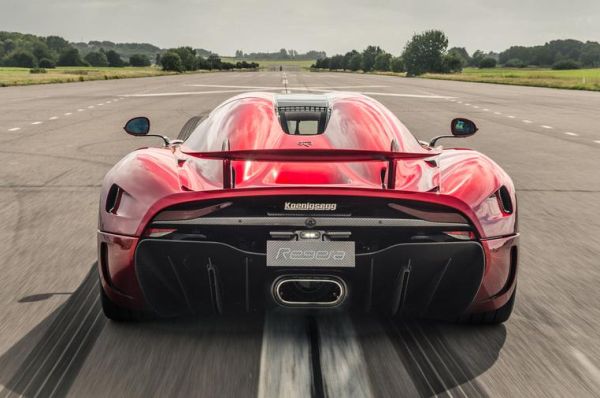 Swedish supercar manufacturer Koenigsegg intends to improve its own serial car speed record set by Agera RS on a Nevada road in the autumn of 2017. Koenigsegg will use the supercharged Regera for this.

According to the information, Koenigsegg engineers are working on a new powerful drive system that will allow the Regera to improve its acceleration time, and will also remove the speed limiter now set at 410 km/h. The company claims that the hybrid will accelerate from 0 to 400 km/h in 20 sec, while at Agera RS the time is 26.85 sec.

Koenigsegg Regera is powered by a hybrid unit that includes a 5.0-liter twin-turbo V8, three electric motors, and the unique Koenigsegg Direct Drive (KDD) transmission, which is an especially variable hydraulic socket and one main transmission 2.73:1 ratio. The total power of the unit is 1,500 hp and maximum torque is 2000 Nm, with acceleration from 0 to 100 km/h in 2.8 sec.

In November last year, Koenigsegg Arera RS, which output power is 1,360 hp, improved several speed records. The car reached speed of 447 km/h and became the fastest serial production car, and it also managed to improve the acceleration record from 0 to 400 km/h and followed a full stop. The supercar did this for 33.29 sec, which is 8.5 sec faster than the previous record holder Bugatti Chiron.