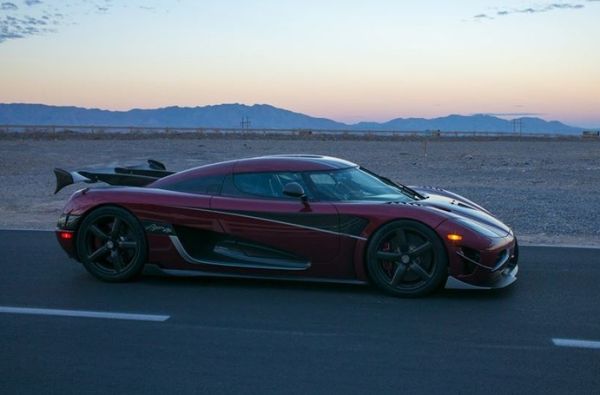 Just two months ago, the Swedish hypercar Koenigsegg Agera RS set a world record for speed after it managed to develop 444.7 km/h. The company is confident that this is not the limit of their car, just needing to change some car settings.

The achievement of the Agera RS was achieved with a set of Michelin Pilot Sport Cup 2 tires specifically developed for this model. It is the tires, however, that can be the weak link at such speeds as they will probably not withstand high wheel speeds.

According to Michelin product manager Eric Schmedding, quoted by The Drive, their Michelin Pilot Sport Cup 2 can withstand up to 480 km / h, but only under certain conditions. The faster the wheel rotates, the higher the temperature, so the maximum speed must be reached as quickly as possible.

“Officially, these tires are designed for lower speeds, but we are aware of their potential. Assuming the car can develop 444 km/h quickly, but then it needs 5 minutes to reach 480 km/h, the tires will definitely not last”, said Schmedding.

The founder of the Koenigsegg brand, Christian von Koenigseg, in turn believes that the Agera RS can still be set to reach 480 km/h, but such a goal does not stand for the company at all.

“It is also realistic to improve this record. It is enough to move the limiter to the maximum engine speed and change the gearbox settings with longer gears and we will achieve that speed. However, this is very dangerous, because too many factors are involved here – animals, bumps on the road, wind. That’s why we do not have such a task at all”, explained von Königseg.