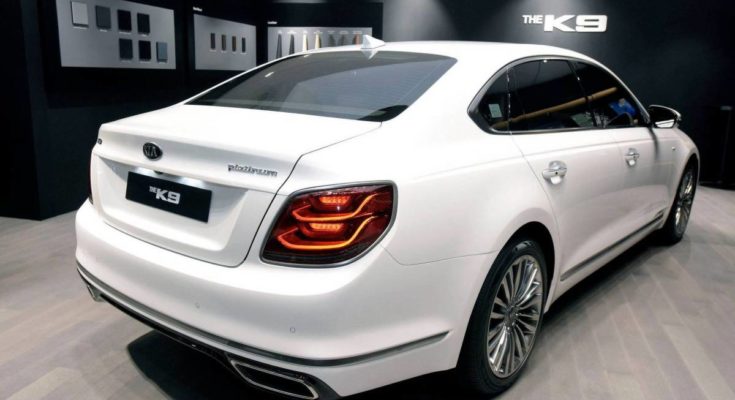 In South Korea showed the new generation of KIA K9. In other countries around the world, KIA Motors’ flagship sedan comes with KIA K900 and KIA Quoris. The world premiere of the luxury car will take place at the end of March at the New York Motor Show.

The distinctive feature of the sedan is the massive radiator grille made in the company concept “The Tiger Nose”, which consists of 176 separate elements. In addition, Quoris tail lights and exhausts have received chrome edges. According to preliminary data, the car is built on the Genesis G90 platform, but there is no formal confirmation of this information.

A completely new digital instrument panel, as well as a huge touchscreen display for the 12.3-inch multimedia system, has appeared in the salon. For the interior, leather, wood and metal are used. The flagship is also equipped with a “smart” LED lighting system with 64 hues that responds to gestures.