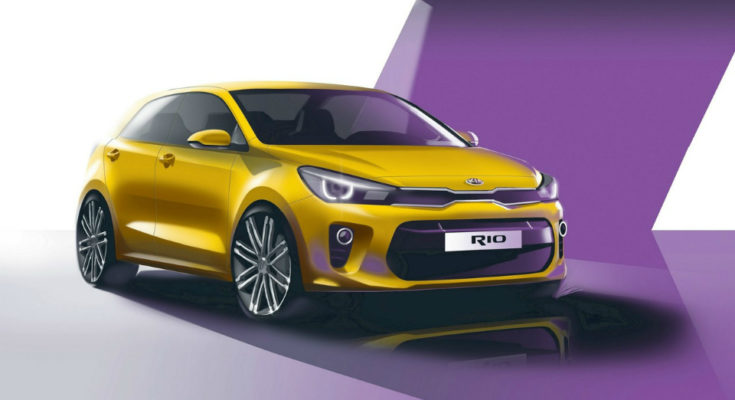 Kia has released the first official images of the next generation of its compact hatchback Rio. The public premiere of the model will take place on September 29 at the Paris Motor Show, and its production will be launched by the end of the year.

The appearance of the fourth generation of Rio has been developed simultaneously in Kia designer studios in Germany and California with the active participation of specialists from the company’s headquarters in Nyingang, South Korea. The hatchback will grow in size, increasing its wheelbase, which is now 2570 mm.

The car is expected to be offered with a new entertainment and entertainment system running Android Auto and Apple CarPlay. The new Rio will also receive a modern assortment of active and passive safety assistants.

In the range of bikes will debut a new 3-cylinder turbo engine with a volume of 1.0 liter. With it already equipped Hyundai i20, whose platform was built and Rio. The unit develops 100 or 120 hp. There will also be a modification of the Rio GT with the same 3-cylinder engine but with higher power.