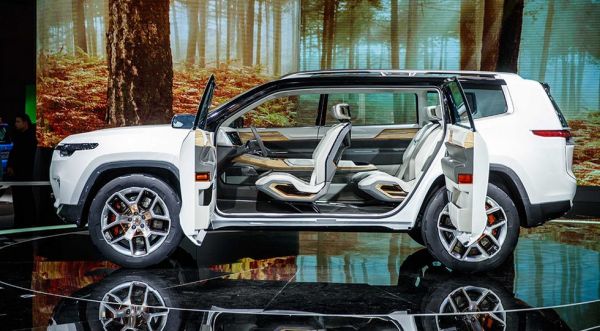 The Fiat Chrysler Automobiles, which owns the Jeep brand, registers a new name. This is reported by the media in China, according to which it will be called 7-seat Jeep crossover.

The Americans offered a model with this name in the 2005-2010 period (pictured), but eventually dropped out of it due to weak demand. Now, however, they intend to bring it back to its range, with the main market for the car being China.

Jeep has already shown a precursor to this model – the Yuntu concept, which premiered at the Shanghai Auto Show in April (the second picture). The serial crossover is expected to receive a new front-end design, with the Grand Cherokee-style headlamps. Of course, the rear doors will be standard and not opener to each other, as was the case at the concert.

The Jeep Grand Commander’s engine range will be powered by a 2.0-liter gasoline turbocharger that will develop 270 hp. There will also be a hybrid power unit version, like Yuntu, but details of its aggregate have never been revealed.