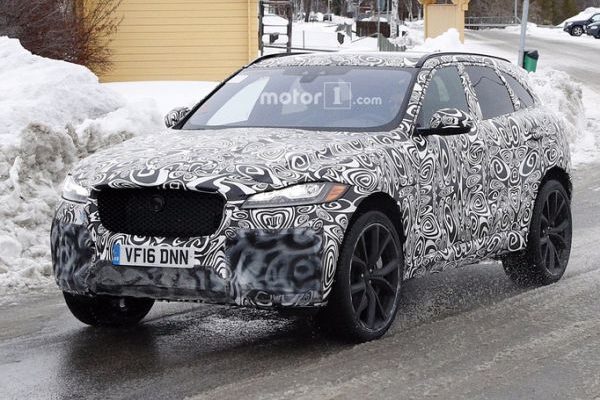 British manufacturer Jaguar is working on the most powerful version of its F-Pace crossover, which has to become the fastest car in the world in this class, reports Motor1. It also publishes photos of a test prototype of the future model.

The Jaguar F-Pace’s top-of-the-line version is based on a V6 engine with a compressor and a power of 380 hp. The new modification will receive a 5.0-liter V8 with a mechanical compressor, which in its standard version develops about 500 hp. But the engineers are ready to pump up to 575 hp.

And if the current F-Pace S accelerates from 0 to 100 km/h in 5.5 seconds, the SVR will do the same in less than 4 seconds. It is expected that the maximum speed of the new modification will reach 280 km/h, thus the Jaguar crossover will overtake its main rival, the Porsche Macan Turbo, with an additional performance package that raises 272 km/h.

The premiere of the Jaguar F-Pace SVR will be held at the Frankfurt Motor Show in the autumn. As its competitors, besides the Porsche Macan Turbo, the Mercedes-AMG GLC 63 and the Audi RS Q5 also point.