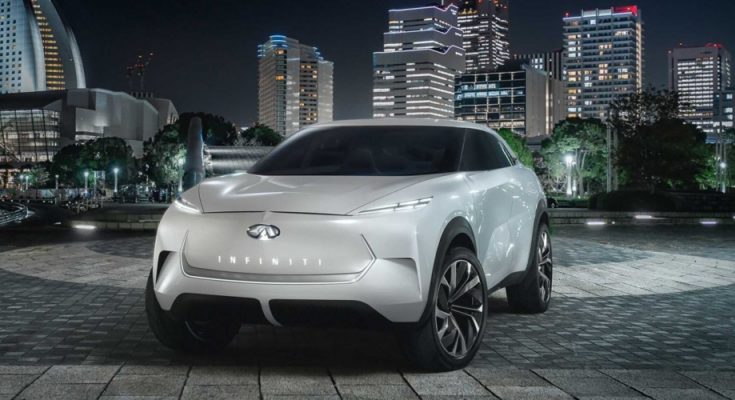 Infiniti has shown its crossover QX Inspiration, which should give an insight into the design of future models of the brand. The premiere of SUV will take place at the Detroit Motor Show later this month.

So far, Infiniti QX Inspiration is just a conceptual model that will show how the sporty-looking models of the brand will look. The crossover has received narrow LED headlamps and the same radiator grille (naturally it is decorative) on which the brand logo is placed. The exterior mirrors of the prototype have been replaced by cameras.

The model was built on an entirely new platform developed for vehicles with all-electric power units. The company does not yet reveal the technical characteristics of QX Inspiration, but they admit that the serial version of the crossover will have to compete with Tesla Model X.

The brand’s plans include the first Infiniti car to appear in series production in 2021. Whether it is the serial QX Inspiration is not reported, but it is already known that the model will be delivered to the Chinese market first.