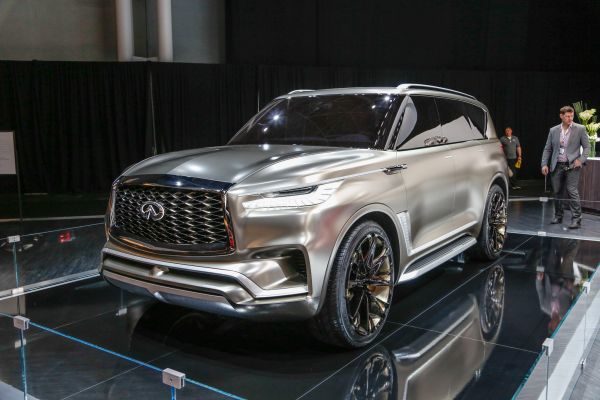 Infiniti will launch the new generation of its QX80 flagship by the end of the year. The model, however, will retain its current chassis as well as the 5.6-liter V8 engine. This was announced by the head of the Japanese brand Roland Kruger in front of Motor Trend.

“This is a very successful car that uses the most appropriate platform possible. Its power unit is also such that it meets all the requirements of the market”, said Krueger.

The precursor of the new Infiniti QX80 – the prototype Monogfaph (shot), debuted at the New York Motor Show in April. With the design of the concept model, the length of which exceeds 5 meters, the experts from the design studio of the brand in Atsugi, Japan.

Last week, Infinito Vice President François Bancon, responsible for strategy and brand planning, said that in the shift of generations, the QX80 will remain without its V8 engine. It was expected to be replaced by the 3.0-liter twin-turbo engine on the Q50 sedan and the Q60.